Upgrade your browser.
about this place…

Jaren has been drawing since he was a little 7 year old boy. Who has a passion for art.

Its amazing what you can capture with a camera in hand.

I love all forms of Art, every style is unique and beautiful to me.

It truly is a daily reminder of how wonderful self expression is.

Even from an early age Jaren describes being pulled into the world of ART, it was a place that just seemed to make since to Jaren, and he remembers thinking that when he was engulfed in just sketching or creating a painting, that it was a place where he could always be himself. Not wanting to be to influenced by Art teachers, and afraid that his natural flow would be interrupted Jaren developed his own style which felt natural and that was always his own. But he did believe that there was always something great to learn from others, as long as you did not try to duplicate there technique.Even at the young age of 7, Jaren would spend hours sketching animals, and his favorite, Dinosaurs. Jaren gives credit to his Mom for his Artistic ability, she was really great at pencil sketches, and loved Art. He recalls that she always encouraged me to do my Art. In elementary school he entered the local contests and won some awards which was allot of fun. In high school the Art classes were his favorite, and he excelled. Mr. Alan was his favorite teacher at Alta high that gave Jaren allot of encouragement to always use his talent in life. At the age of 21 Jaren went England where he met many local Artists who helped keep the spirt of Art alive, and he would spend time drawing the old cities of England. Later in collage he remembers being too afraid to follow his dreams in Art, and listened to many that told him Art could not be profitable. So he decided to just keep it as a hobby. But he stayed in touch with his Love, and with friends that were Artists. Jaren was friends with a man named Gene Yates, he was one that he really loved to watch.

Early on he studied Oil under Bonnie Posselli who was able bring to life a freedom of expression out in his work, this was when the love of Oil came alive in him. Then Jaren dated a girl named Andrea Smith, her Dad was Gary Smith a well know Artist in Alpine Utah. Jaren remembers having great conversations with Gary that re kindled his interest. But it was never enough to get Jaren to get past his Fear to go out into the difficult world of trying to become an Artist. But inside the appreciation and love and passion for Art continued to grow, and living in South Jordan he became close friends with Darin Ashby, they were instant friends, and they both started painting together, sometimes until 4 in the morning, always with some amazing music playing in the back ground. Darin was already on the road to success and was very well recognized locally in the world of pencil and was selling his amazing work.

Darin was also studying under Frank Cavino a well accomplished Academic Painter, and Master teacher. Soon Jaren was able to meet Frank, and they also became friends, and Jaren enjoyed learning great things from him. At this time Jaren remembers a flood of what he calls inspiration came pouring into his mind. As fast as the ideas would rush in he would capture them in his traveling sketch pad. It wasn’t uncommon for him to have 10 different paintings going at the same time, with hundreds of ideas just waiting to be brought to life. This was all Inspiration to Jaren, and he ran with it. He quickly named his creative ideas as ‘Mind Dream Art’. But most people except a few, did not understand the creative side, and told Jaren to only stick to the normal.

Like his Portraits and Landscapes. This was hard for Jaren to hear, but it didn’t discourage him, and he pushed forward, he could feel the passion and drive, and knew he could not turn his back on that. The only trouble was that there wasn’t enough time in the day, and his full time Job and career was in the General Contracting and Construction Management field. So for a few years there were allot of late nights spent on what he calls his purpose, painting. His appreciation and Love for Life and the beauty in everything in the world, he found himself interested in just about everything and anything that he could paint, from Landscapes to wildlife and People, then his favorite his ‘Mind Dream narrative work, that displays a wide range of colors and detail.

Jaren believes having a wide range of interest keeps him from getting board. He loves virtually any kind of Art and this shows in his work. Jaren would be the first to say that he doesn’t consider himself an Artist, but more of a student. Jaren is person that loves life and loves to bring what he sees in his mind to the canvas. Usually there is an interesting story that is associated with each piece of work. If you were to ask Jaren what his Style is? He would say sloppy and tight, LOL he likes to start without a real plan, letting the natural process take shape, without thinking too hard about it. His pallet is a mess of colors, he is constantly mixing colors to find a new shade that will bring his work to life. He feels that having to many rules in the Painting process ruins the fun.

He has found that the greatest teacher is God, he knows what I can do, and can show me everything I need to know to be truly authentic. Many Trained technical Artist would disagree with him on some of these opinions, but Jaren has been playing to the beat of his own drum sense a young age. And Jaren he should know a little bit about that, he’s been playing the drum kit for over 40 years. If Jaren has any advice for aspiring artist, it would be to always be yourself, find you in your style.

God only made one of you, and he wants all of us to show our unique interpretation of life. We must be authentic even if someone does not like what we do. If there is one thing I love about Art, it would be that it has no boundaries, and every original piece of work no matter the style and medium is a special print of how someone views the world. We must all try to appreciate all art, because it truly is God showing us who we are. 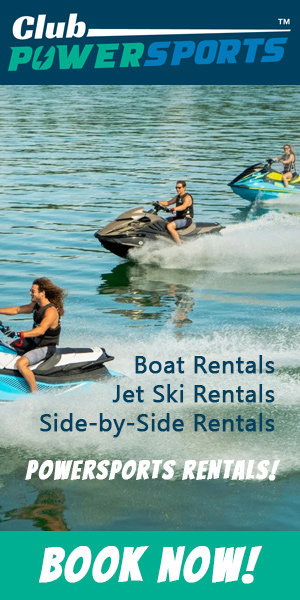